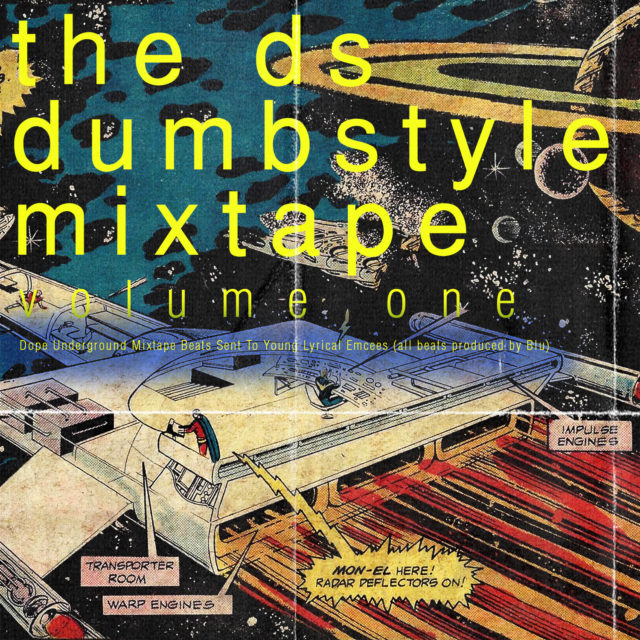 Your favorite color, Blu, just dropped your new favorite mixtape. All beats produced by Blu himself, featuring Homeboy Sandman, Roc C, MED, Young R.J., Sene, Scienze, Blame One, and others. Stream the dopeness below and jump to the band camp page to download!

Blu and Exiles second video from the album “In The Beginning: Before the Heavens”. The song, originally recorded over 10 years ago during the below the heavens recording sessions, is a younger Blu rapping about reaching for star status. The video takes us back to Blu and Exile as kids, their connection they had as youth, their playful imagination, and a self fulfilling prophecy that comes in the form of a time capsule from their future selves.

Leimert Parks own Cashus King with a little something for the lovers and the heartbroken on this Valentines Day, heres a video from “Yo Body Is…” the lead single from, “The Birds, The Bees (And Everything In Between)”. Check out the full album on CashUs’ BANDCAMP… and Apple Music, Tidal, Spotify, Pandora, Google Play & Amazon Music. Video produced by Jeff Johnson II & Kafia Haile, for LLC Productions.

Dirty Science presents a Fake Shore Drive exclusive premiere. This film is dedicated to the misguided and fallen sons in the struggle. “Danger Us” is a story about the reality of what happens when you come up young and wreck-less. Day in and day out we lose our youth to street dreams and misguided ambitions. As an Englewood (Chicago) native I have been aware of the cycle my whole life. I’ve lost friends to the streets, either by way of the gun or the cell, and I watch the path be glorified through tv, internet and music. You hardly ever see anybody talking about what the outcome really is though. This piece does. Coming from a city where violence is at an epidemic level, like so many other cities in America, it seems so important that video as a dominant means of communicating with the youth, should be used to awaken them to the realities of their decisions and offer them a perspective that doesn’t tell them that walking a destructive path is cool.
The songs message itself was originally conceived by Chris Kramer of Tensei when the group produced the track. Through the writing and singing gift of Yaw Ageyman , the metaphor of the zombie was given birth, it refers to the sometimes absent state of mind that you can have in your youth, when there is very little thought between action and reaction. In some cases that instinctive exuberance is deadly and the fact that you can be desensitized by an environment that has been tragic long before you got there…. doesn’t paint the picture of a positive outcome. The ghetto is not savage, its lost. The stick up kid in this video (Darius Johnson) is a character like so many of our lost sons and brothers, his life is turmoil, his conscious is compromised and his actions are vicious. He victimizes for survival, not oblivious to his wrong but not aware that he has alternatives. As with so many stories his ends in retribution, another sacrifice to a cycle that never seems to end.
Filmed and Directed by: ADaD
Camera and assistant director: Keith Purvis
CAST
Stick up kid
Darius Johnson
Victim
Christopher O’Neal
The O.G.
Scott Sangster
Man on the street
Christopher Kramer

“2018 IS ABOUT TO BE AN ACTIVE YEAR
Starting with this release, a single from a six song EP entitled “Danger Us” that I created with Tensei on production. Its a strong jump for the new year, music from deep in the catalog when i first found that i could stretch my wings and do new things youre not used to hearing from me. It will be available JANUARY 12 2018 accross all streaming platforms and you can support directly by naming your own price on my Bandcamp page.” -Adad

Check out the video to the single “Walk into the night” below: