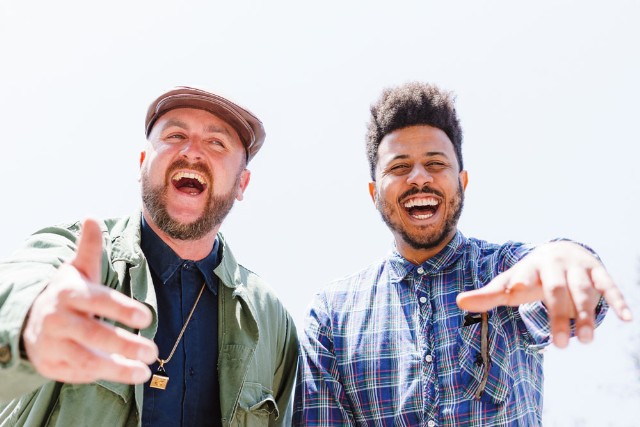 Blu and Exile’s critically acclaimed 2007 album Below The Heavens was a monumental release from the west coast and still resonates with rap fans to this day. In commemoration of their groundbreaking project — ten years later — the duo will give fans some unreleased tracks from the studio sessions on their forthcoming “prequel” album, In The Beginning: Before The Heavens. Premiering on VIBE.com, we give you their latest single, a homage to hip-hop’s golden era — a song titled “On The Radio”.

The track is a rap purist’s anthem where Blu unloads fire over Exile’s rich production. “On The Radio” pays homage to unrefined lyricism and drives home the fact that they want real music with substance projected to the masses.

“This song was our attempt to make a radio song exactly stating how we feel about the radio. Our way of keeping it true and not selling out even for the album. This is one of the songs that helped me get more open with writing the rest of the album. One of Exile’s oldest beats, he pulled that from deep out the vault. I was like oh, that’s me.” -blu

Blu also explains that his outlook on the culture and genre has changed after making “On The Radio” and says hip-hop’s younger generation has the key to the future.

“I used to look at the game like it was in a drought and no one had direction of the future. Now i think the game is flooded with brilliant potential, it’s all about elevating the entire playing field. Now is the time. The children are the future. Blu & Exile are for the children!”

Blu & Exile’s In The Beginning: Before The Heavens will be available on all streaming services and digital markets everywhere on Oct. 20.